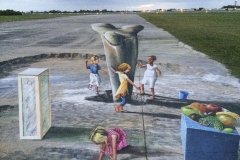 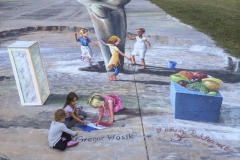 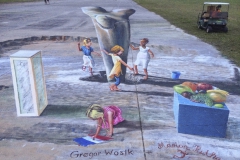 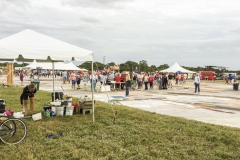 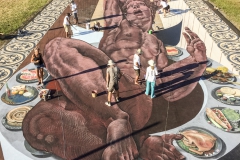 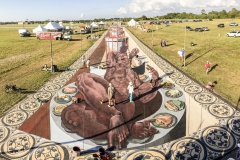 For the third year in a row, Gregor Wosik participated in the international Streetpainting Festival in Venice, USA.

As in the summer of 2014, he contributed to the creation of the world’s largest 3D image of the world. The project took place under the direction of Kurt Wenner. The finished image had a size of 2000 square meters.

In the second part of the event, Gregor Wosik and Marion Ruthardt painted an interactive 3D image titled “Shark Tooth”. Especially the young visitors of the festival had spa at the 3D illusion.